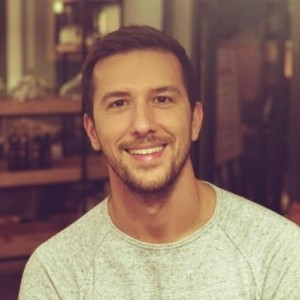 I started using Upwork back in 2015 when we decided to create BuenaMente, a viral content website in Spanish. We were looking for some native Spanish speaking people to translate content from English to Spanish. When I say “content” don’t imagine articles about rocket science or nuclear fusion. It was easy to read, social media viral content about cats, celebs and other time-wasting topics mostly with images and GIFs. I am sure you remember that time when your Facebook timeline was full of that crap. 💩

Lesson 1: They think you are stupid

Anyway, we received dozens of applications for our job posts and started hiring as much as we can to fill our website with content. What we couldn’t predict that almost all of these people thought that we are not aware of Google Translate. I mean, they just translated the article assuming that we are stupid enough that we will not check it. And, they were right! 🤷🏻‍♂️

It took several days and a couple of Benjamins for us to figure it out. We contacted Upwork about this issue, but they refused to help since we approved the work. We were angry with freelancers, Upwork and mostly on ourselves but continued to hire on Upwork since it was our only channel to find Spanish speaking people.

Lesson 2: They think you are stupid

A few years later, I needed an Adwords consultant who will maintain and optimize my campaigns for my personal side-hustle. Again, I received dozens of applications with different ratings and rates. Since I was looking for a long term hire, I spend few days checking freelancers in detail, read their reviews, and talk to them to find a perfect match. Finally, I found a guy from India who had many five star reviews. It was cheap considering anyone from the USA or Europe, but among applicants, he had one of the highest rates. Actually, there were no applicants from the USA or Europe, all of them were from India, Pakistan or Bangladesh.

I was happy for finding a good professional. You probably know that feeling; when you pay more, you assume you get better service. After ±100 hours of billed work, I felt that something is wrong. When you hire on an hourly basis, Upwork takes screenshots of freelancer during his work, so you can check what he works on. So, I checked… The guy was repeatedly copy&pasting the same ad copy, writing the same landing pages over and over again. Every day! I contacted Upwork, the result was not satisfying. They just refunded me only for few days, which was not paid to the freelancer. The worst part is that Upwork didn’t ban him and let him continue to scam other people.

Lesson 3: They think you are stupid

Recently, I started to look for a motion designer or animator to create an explainer video for AnnounceKit. I looked up Google for some design agencies, asked my connections for referrals, and posted a job in Upwork as well. Unfortunately, I had no referrals from my friends. Agencies are expensive, but their work and commitment look amazing. Meanwhile, I started to evaluate applications on Upwork.

As usual, there were dozens of applicants from India, Pakistan and some from Ukraine. Most of them use similar cover letters with a similar pricing range. Some of them had even the same videos in their portfolios 😁A guy from India with many five star ratings put a video of Slab, a SF based startup that I know for a while. I was very interested since the freelancer has a similar type of high-quality videos, which might be true. Then just I Googled “slab explainer video” and found the real makers of the video on Behance.

Right after my last message, the guy stopped responding to me, set his profile to private and deleted his website. He was about to charge me $3000 if I wasn’t paying enough attention 🤷🏻‍♂️

Every time I use Upwork, I end up wasting time, money and nerves. I really don’t know why but I always come back for another try. (I hope this will be my last.) I can’t say that had only a bad experience with Upwork. I hired more than 40 people on Upwork since 2015. There were some professionals that enjoyed working with a lot. But in total, considering the amount of energy and time I spent on Upwork finding decent people to work with, it does not justify the value I receive.